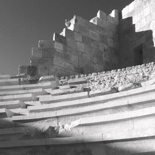 a life of cheerful simplicity

First fish of the season

Georgia and I took a quick spin to Syon Park fishery in West London yesterday and, despite the bitter cold and apparent lack of activity elsewhere, I hooked into this rather handsome rainbow after about 20 minutes, and on about my third cast after switching to a green and black sparkly Woolly Bugger.

Note the unusual rod, too. It’s a Phillipson Pacemaker 8’6” cane rod, dating from the late 1940s. It’s a lovely rod to fish with and roll casts like a dream (which, OK, is not called for much on a stillwater like this, but WTH). And it catches fish.

This entry was posted on 16 February, 2008 by Jol in Uncategorized and tagged bamboo, cane, fishing, Fly-fishing, rod, trout.

My heroes are Hakuin, Bankei, Rabelais, Montaigne and most Tang dynasty poets. And whoever invented beer. And motorcycles. And I like cats. Will that do?

RSS of this site